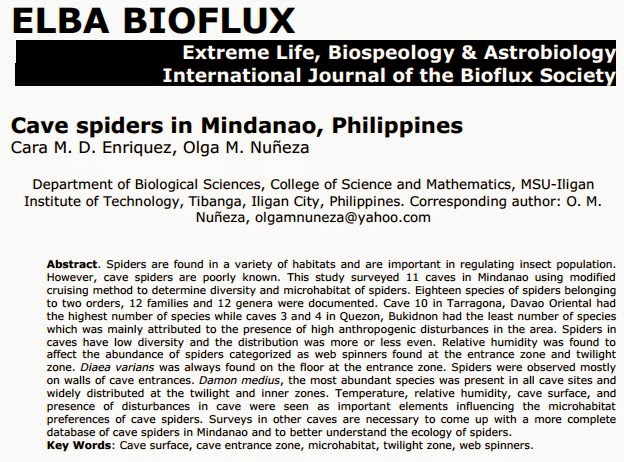 ABSTRACT:
Spiders are found in a variety of habitats and are important in regulating insect population. However, cave spiders are poorly known. This study surveyed 11 caves in Mindanao using modified cruising method to determine diversity and microhabitat of spiders. Eighteen species of spiders belonging to two orders, 12 families and 12 genera were documented. Cave 10 in Tarragona, Davao Oriental had the highest number of species while caves 3 and 4 in Quezon, Bukidnon had the least number of species which was mainly attributed to the presence of high anthropogenic disturbances in the area. Spiders in caves have low diversity and the distribution was more or less even. Relative humidity was found to affect the abundance of spiders categorized as web spinners found at the entrance zone and twilight zone. Diaea varians was always found on the floor at the entrance zone. Spiders were observed mostly on walls of cave entrances. Damon medius, the most abundant species was present in all cave sites and widely distributed at the twilight and inner zones. Temperature, relative humidity, cave surface, and presence of disturbances in cave were seen as important elements influencing the microhabitat preferences of cave spiders. Surveys in other caves are necessary to come up with a more complete database of cave spiders in Mindanao and to better understand the ecology of spiders.
Publicado por Toni Pérez Fernández en 6:00 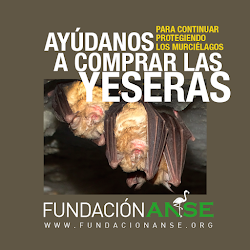 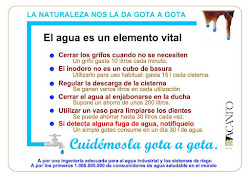 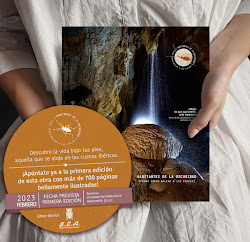 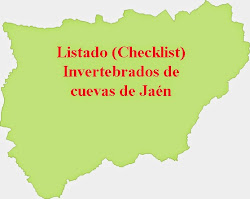 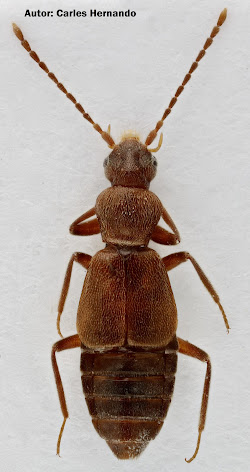 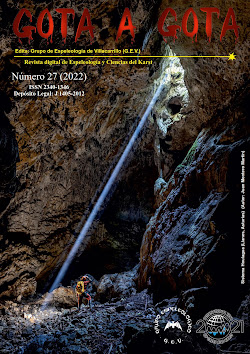